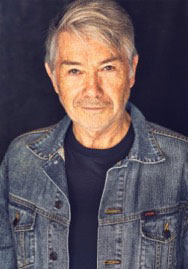 During an illustrious career as a singer, Marty Rhone has performed with and in front of some of the biggest names in entertainment. From the Rolling Stones to Yul Brynner; the Bee Gees, John Denver, Peter Allen and performed on stage in front of De Niro, Hoffman, Burt Reynolds, Sally Field, the late Princess Grace of Monaco, the late King Hussein of Jordon and the British Royal family.

On consistency of performance there are few to match him, nor done or achieved as much as he has over such a long period · theatre, television series, film, concert stage, No 1 hit records “Denim & Lace” and “A Mean Pair of Jeans”. There are few that have credits to match.

Performances as diverse as “The King & I” with the late Yul Brynner at the London Palladium, “Godspell”, Machiavelli's “La Mandragola”, “Jack the Ripper”, winner of the Outstanding Performance Award at the World Popular Song Festival in Tokyo. Tours with Randy Crawford, Petula Clark, KC & the Sunshine Band and MC for Pope John II Youth Rally in front of 40,000.

Marty Rhone is about to release his new country album titled, ‘Jealous of the Sky’ produced by David J. Holman at Cactus Studios in the Hollywood Hills. Look out for his new single “Jealous of the Sky’ released on all music platforms.

"We are very excited to have Marty in our Management stable and we look forward to enjoying his music for many years to come." said Gavin Wood, CEO CMP Management (A division of Countdown Motion Pictures LLC.) 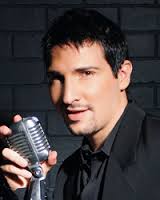 Two-time Guinness World Record Holder for singing the highest vocal note by a male singer! 8 Octave range and sings in 5 different languages. What a star, what a find. Only one Adam Lopez comes along in one lifetime.

Apart from smashing World Records, Adam Lopez has worked solidly as a Session Vocalist in Recording Studios; Lead Singer in a number of Cover Bands, Vocal Coach as well as professional Backing Vocalist for a number of international artists such as Keith Urban, Mariah Carey and the list goes on… All of his jobs would often mount to 18hr days back to back but somehow was able to put in time for his other passion, Song Writing.

After the success of two self-releases for the initial intent of personal gratification, Lopez was contracted by ABC Music to release a fiery, Latin album in Australia and New Zealand. Today, his song-writing journey continues with his just released album “Kaleidoscope.”

Adam Lopez has over 4,000,000 + You Tube fans. Adam is concert ready and the world is starting to notice the incredible talent of Adam Lopez.

D Henry Fenton is a singer-songwriter from Sydney, Australia, who is now based in Los Angeles, California.

His latest album Turnin’ was recorded with engineer/producer Steve Holroyd (Counting Crows/Tom Petty) and received positive US college radio airplay, with a few bigger stations (including KBAC, Santa Fe NM) adding the title track to their playlists. He attributes the fuel for Turnin’ to a disillusioned marriage coupled with the struggles of living in Los Angeles. These tracks are the stuff of life, and Fenton capitalizes on this compelling interplay. 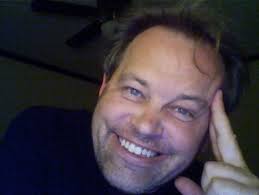 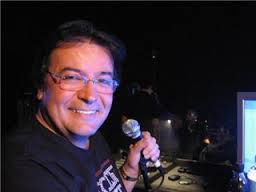 Gavin is a unique performer, he was one of the nice guys of Australian media and one of those rare presenters who can be relied upon to do it right the first time. He’s built a career on live to air performance for radio and television broadcasts. Gavin is also one of the few versatile media performers who can provide presence, expertise and confidence backstage from the booth as well as on stage to an audience.

Gavin’s media credits form a long list covering every television network and numerous AM and FM radio stations around Australia. His credit list is several pages long but in a nutshell his association with “Countdown” for 7 years, to over 3 million viewers each Sunday night lead to his number one morning drive show on EON FM.

He has hosted his own show on another 10 radio stations across Australia, provided the voice, audience warm-up and presentations for tonight shows, game shows and variety specials around the country. As well as a very successful On-Air performer in all formats and shifts, Gavin was also a Music Director.

Gavin was CEO of his own Media Company for 25 years prior to him relocating to Hollywood. Management of Artists, Radio and Television campaigns and launches.

Gavin is the President and CEO of Countdown Motion Pictures LLC.